Discover the gastronomy of Cyprus, exploring its local wine & traditional food, we can accommodate all your needs.

Our guests will be welcomed and greeted by the driver at Larnaca or Paphos International airport.
After a welcome drink, our guests will have time to relax and get ready to enjoy their welcome dinner at Karatello, Limassol Old Town.
Overnight at the chosen hotel in Limassol.

Day 2: In the footsteps of Aphrodite – Exploring Paphos

Our official CTO uniformed guide will meet the guests at the lobby of the hotel to accompany them to Paphos.

Our search will first take us to the ancient Kingdom of Kourion, which is placed on one of the most spectacular sites on the island, with extensive archaeological ruins including well-preserved mosaics.

Upon arrival in Paphos, we will visit the famous Mosaics of the Roman period, dating from around the 3rd century AD.

Lunch will be served at a local restaurant.

We will then continue towards Yeroskipou, just outside Paphos; where the Ayia Paraskevi church stands. Built in the 9th century AD, its 5 domes are decorated with beautiful frescoes. While in Yeroskipou, guests will have the opportunity to visit a traditional Loukoumi factory and taste this local delicacy.

In the afternoon return back to the hotel in Limassol.

Dinner at leisure & Overnight at the chosen hotel in Limassol.

Our guests start their excursion with a visit to the village of Lefkara, renowned for its unique architecture, charming narrow streets and limestone built houses.
Then our excursion takes us to the city of Larnaca, built on the ruins of Kition.  We pass by Hala Sultan Tekke, and the village of Kiti, which hosts the church of Angeloktistos with its magnificent mosaics dating to the early Christian period believed to be built by Angels.After a short city tour we visit the cathedral of St. Lazarus, the first bishop of Kition, originally built in 900 AD.

Return to the hotel.

Dinner at Avli tou Vasilea which is a beautiful listed old house in the historic Ayiou Andreou Street in the heart of Limassol’s old city centre is the setting of this exceptional tavern.

Overnight at the chosen hotel in Limassol.

Day 5: Festival of Wines: A romantic past, an exciting present, a golden future.

Our CTO licensed guide will meet the guests at the lobby of the hotel to depart for a full day tour to Kolossi and winemaking villages.

In today’s full-day excursion guests will be driven to their first stop at the Medieval Castle of Kolossi, a fine example of military architecture originally constructed in the 13th century during the crusades.

Our next stop will be the traditional village of Omodos, a traditional Cypriot wine producing village, was once the property of Sir John De Brie, Prince of Galilee.

The village is also renowned for its Monastery of the Holy Cross standing by the stone-paved square.

Before lunch, visitors can stroll around the village’s winding streets and mingle with the locals, walk around for some shopping at the various small shops selling traditional Cypriot items such as crafts, lace and local delights.

Omodos has a long tradition in winemaking. A traditional wine press known as Linos is preserved, where we will stop and sample the local wines and liqueurs: a selection of white and red wines, the famous Commandaria dessert wine and of course Zivania.

Traditional food will be served at a local Omodos Village Tavern.

We will then continue to Zambartas winery. In 2007 the Zambartas Winery was built in the Krasochoria (Wine Villages) region in Agios Amvrosios village since then the winery has collected some of the most prestigious industry awards.

Afterwards, guests will continue to Erimi village to the Cyprus Wine Museum which is housed in a beautifully renovated three-story stone building.

In the afternoon return back to the hotel in Limassol.

Dinner at Leisure & Overnight at the chosen hotel in Limassol.

Breakfast at the chosen hotel.
Our guests will meet our Drakos guide at the hotel’s lobby for a full day tour of Troodos Mountains.
Not far from Kykkos we will take a short stroll to Throni, to visit the tomb of the late Archbishop Makarios III amidst the dense forest.

Lunch will be served at a local tavern.

Our excursion takes us to Kakopetria. The village is also renowned for its Church of the Saviour’s Configuration (Metamorfosis tou Sotiros), which is built in the centre of the old village is worth visiting, whilst the church of Agios Nikolaos tis Stegis (St. Nicholas of the Roof) is located 5 km from the village. It is considered one of the most interesting Byzantine churches on the island, thanks to its painted murals that date from the 11th to the 17th century.

Dinner at Pyxida Fish Tavern which is located at the Marina of Limassol and offers a ‘sea-to-plate’ dining experience, with a variety of fish and seafood. Guests opting for the fish meze will enjoy up to twenty small Mediterranean fish dishes.

Overnight at the chosen hotel in Limassol.

Buffet breakfast at the hotel.
Our driver will meet the guests at the lobby of the hotel to assist them for their transfer to Larnaca or Paphos Airport.
Bon Voyage! 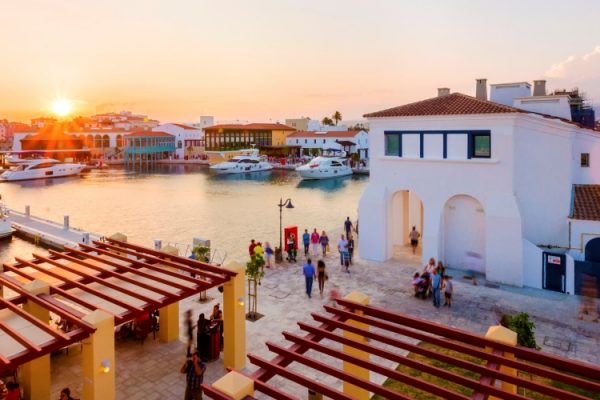 Explore an island rich in history and culture. Cyprus may be a small country, but […] 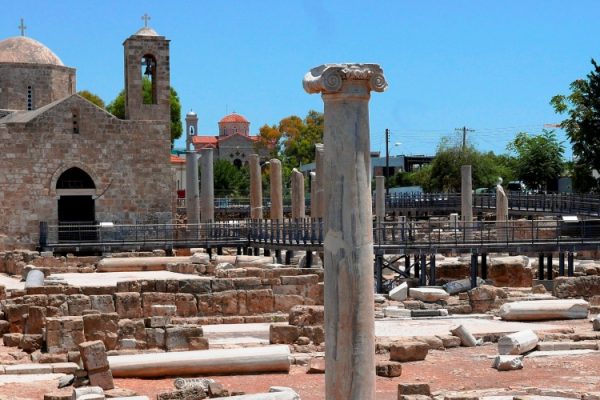 Cyprus is rich in religious monuments and churches of cultural importance from all ages. Fully […] 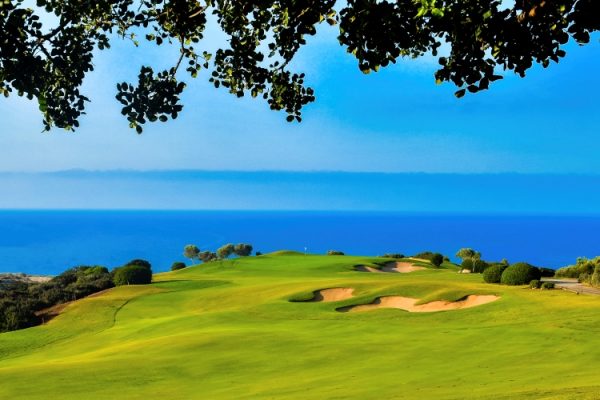