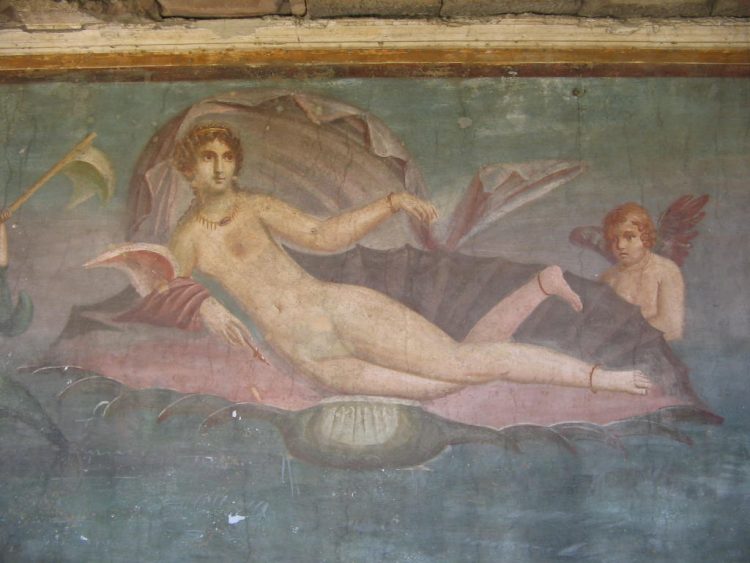 ‘Muse, tell me the deeds of golden Aphrodite the Cyprian, who stirs up sweet passion in the gods and subdues the tribes of mortal men and birds that fly in air and all the many creatures that the dry land rears, and all the sea…’ – (Homeric Hymn to Aphrodite)

Love, beauty, fertility, elegance, and gracefulness – these words best describe Aphrodite. Born from the crystal waters of Paphos in Cyprus, she was considered the most beautiful of all goddesses. Aphrodite is the daughter of Thalassa (the Sea) and Ouranos (the sky). As per the popular and poetical notions of the Greeks, when she was in Cyprus walking on the sea-coast, flowers sprang up under her feet. Eros and Himeros accompanied her to the assembly of the other great gods, all of whom were struck with admiration and love when she appeared, and her surpassing beauty made every one desire to have her for his wife.

Aphrodite was able create a large following with her seductive powers and ability to control the behaviours of men. Aphrodite represents a sacred feminine archetype that is loving, caring, sexual and comfortable in her own skin. She is strong, exotic and attractive, but also has a dark side when necessary. Her Roman name is Venus after which the planet is named and the spring-month of April was likewise sacred to her. Paphos and Amathus in Cyprus were the principal places of her worship.

According to cosmogony, the nature of Aphrodite was the personification of the generative powers of nature, and the mother of all living beings. She possessed a magic girdle which had the power of inspiring love and desire. The arrow is also sometimes mentioned as one of her attributes, while myrtle, rose, apple and poppy were sacred to her. The animals sacred to her, which are often mentioned as drawing her chariot or serving as her messengers, are the sparrow, the dove, the swan, the swallow, and a bird called iynx.